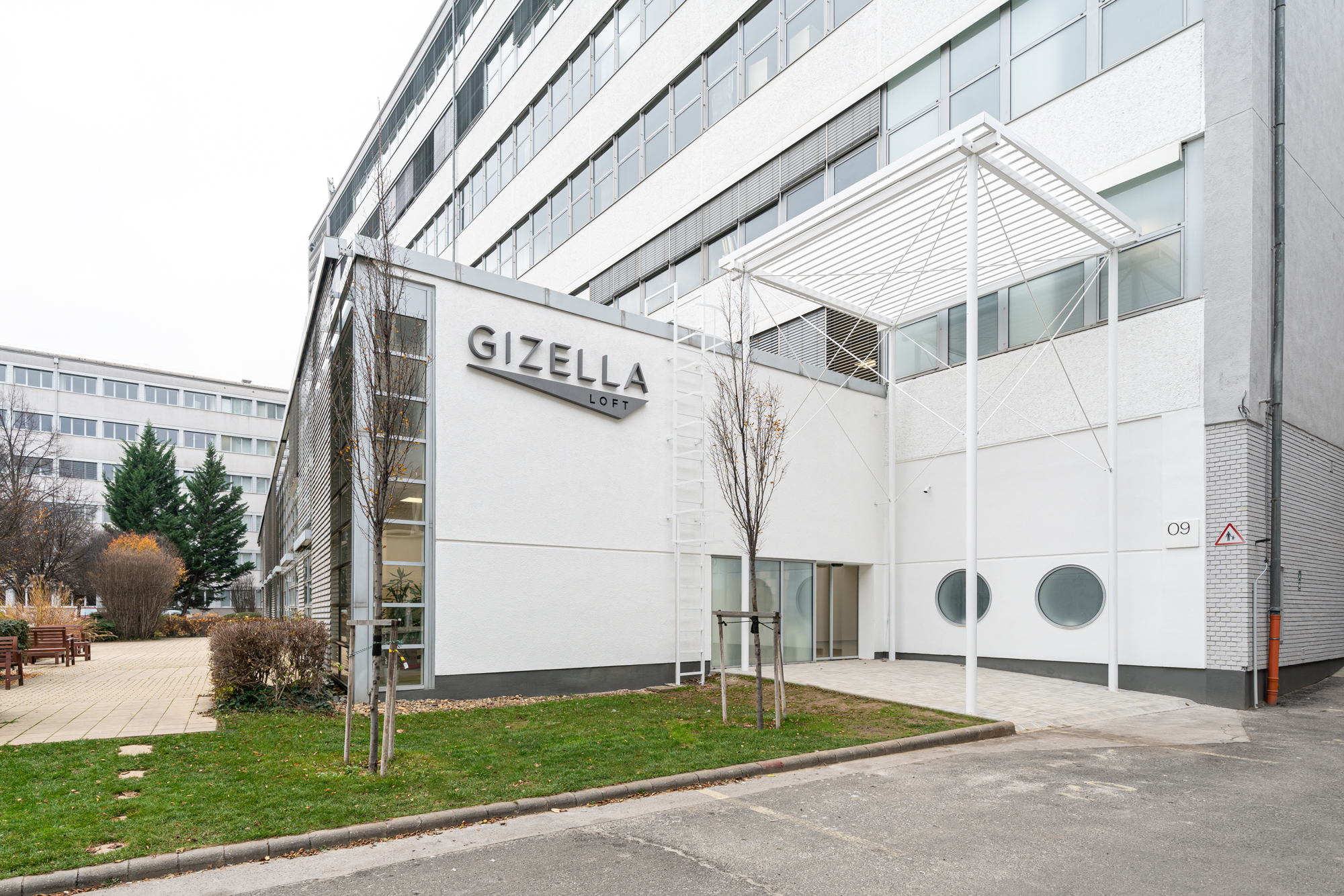 WING’s Gizella Loft office building is nearing full occupancy with the signing of a long-term lease agreement with TK Elevator, for more than 2000 sq m of office space. The new space is scheduled to be completed and ready to welcome tenants in fall 2021. 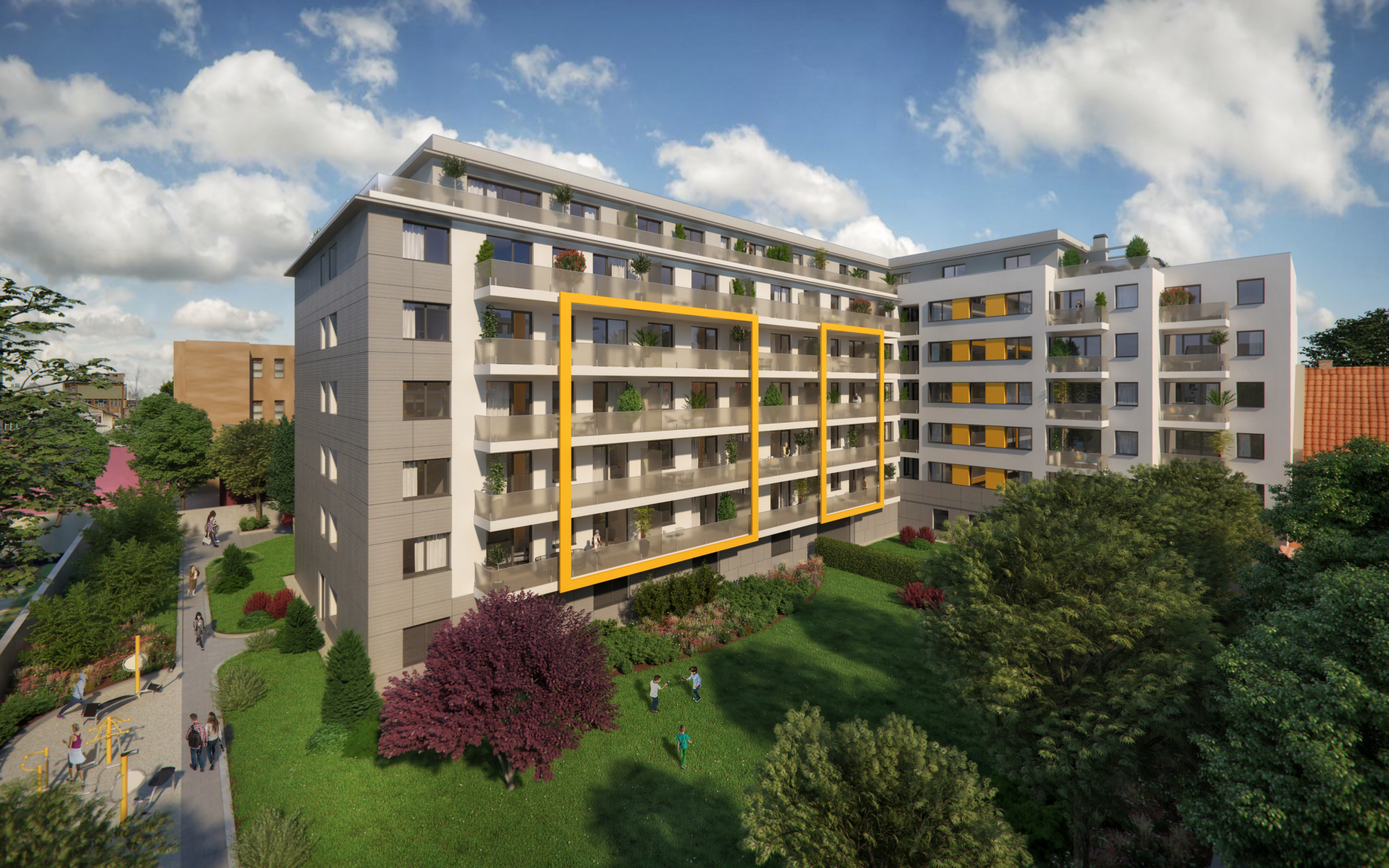 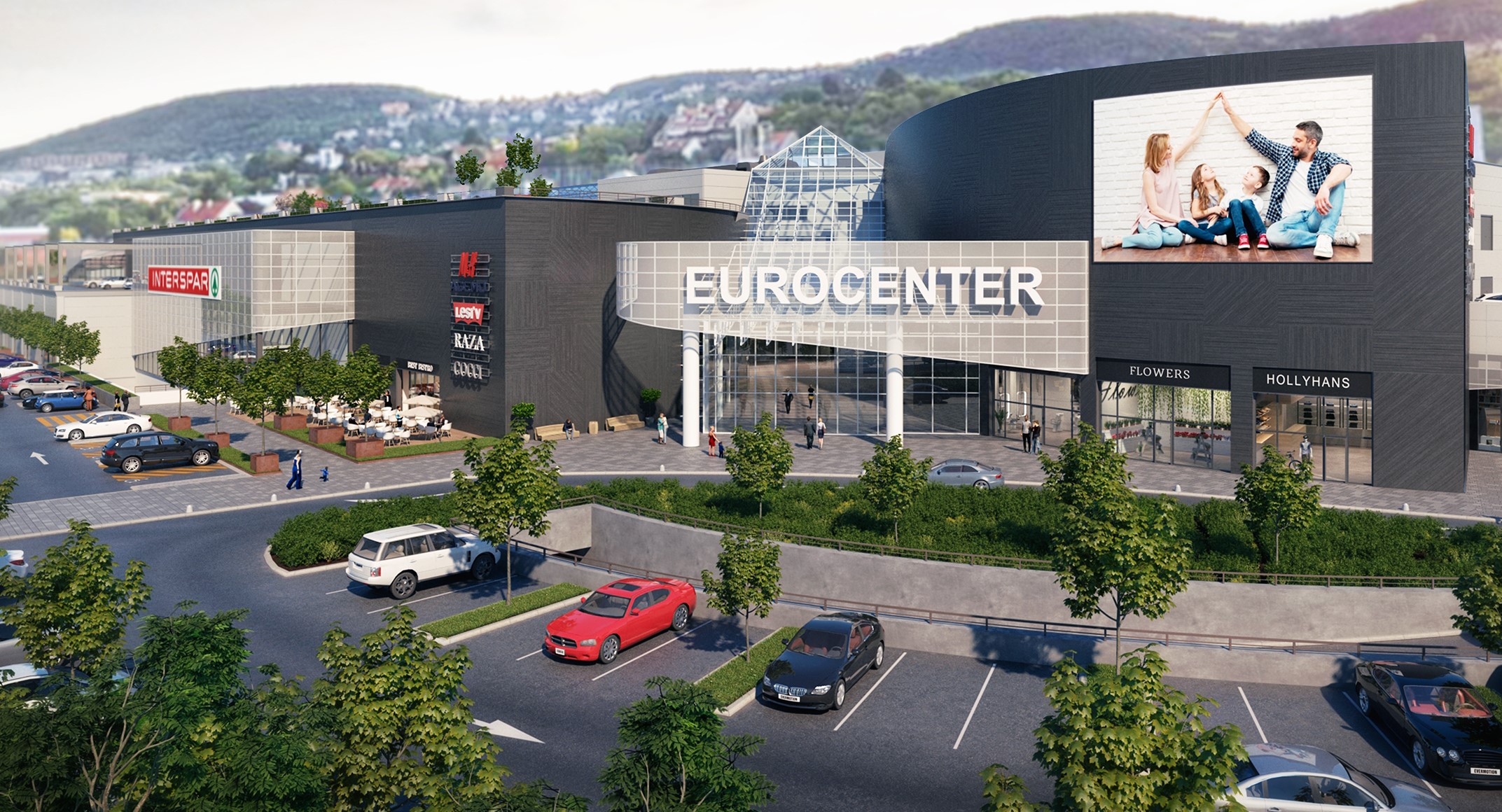 EuroCenter to be modernised by Bernecker

EuroCenter owner and developer WING has selected Bernecker Kft. to carry out general contractor tasks for the modernisation of the shopping centre located in the northern Buda area. The shopping centre has closed for the duration of the renovations and is scheduled to reopen in spring 2022, boasting a modern appearance and ready to meet 21st century customer demands. Construction work begins in late April. 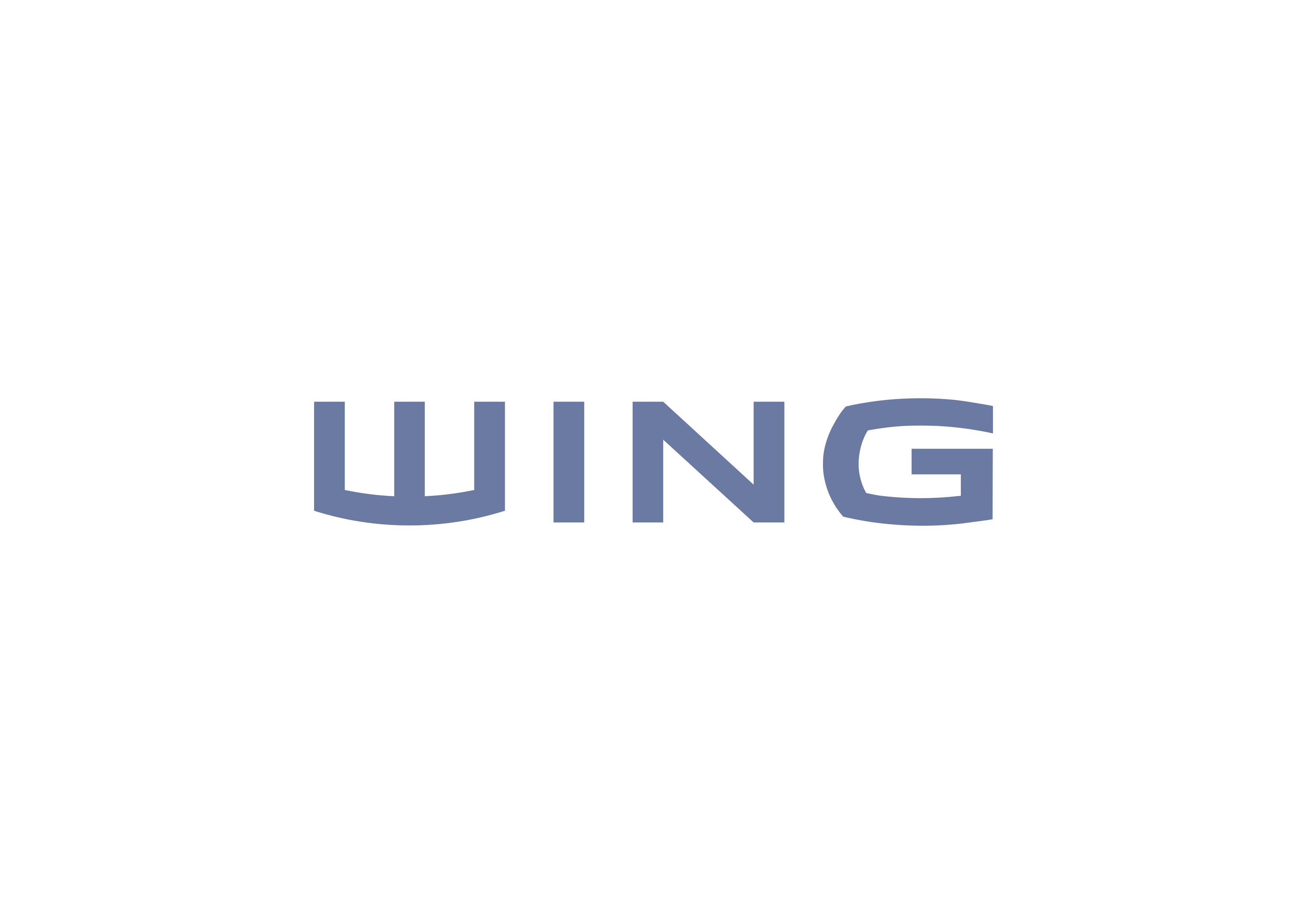 WING has signed an agreement for the sale of two office buildings it has developed. Both located in Budapest, the Ericsson and the evosoft headquarters buildings are LEED Gold certified for environmental design and were built to meet the highest standards. The transaction fits with WING’s years-long international growth strategy, as the company aims to become a key market player in the region’s real estate market. WING is focusing on continuing to expand its business operations, property development and investment activities in the region. 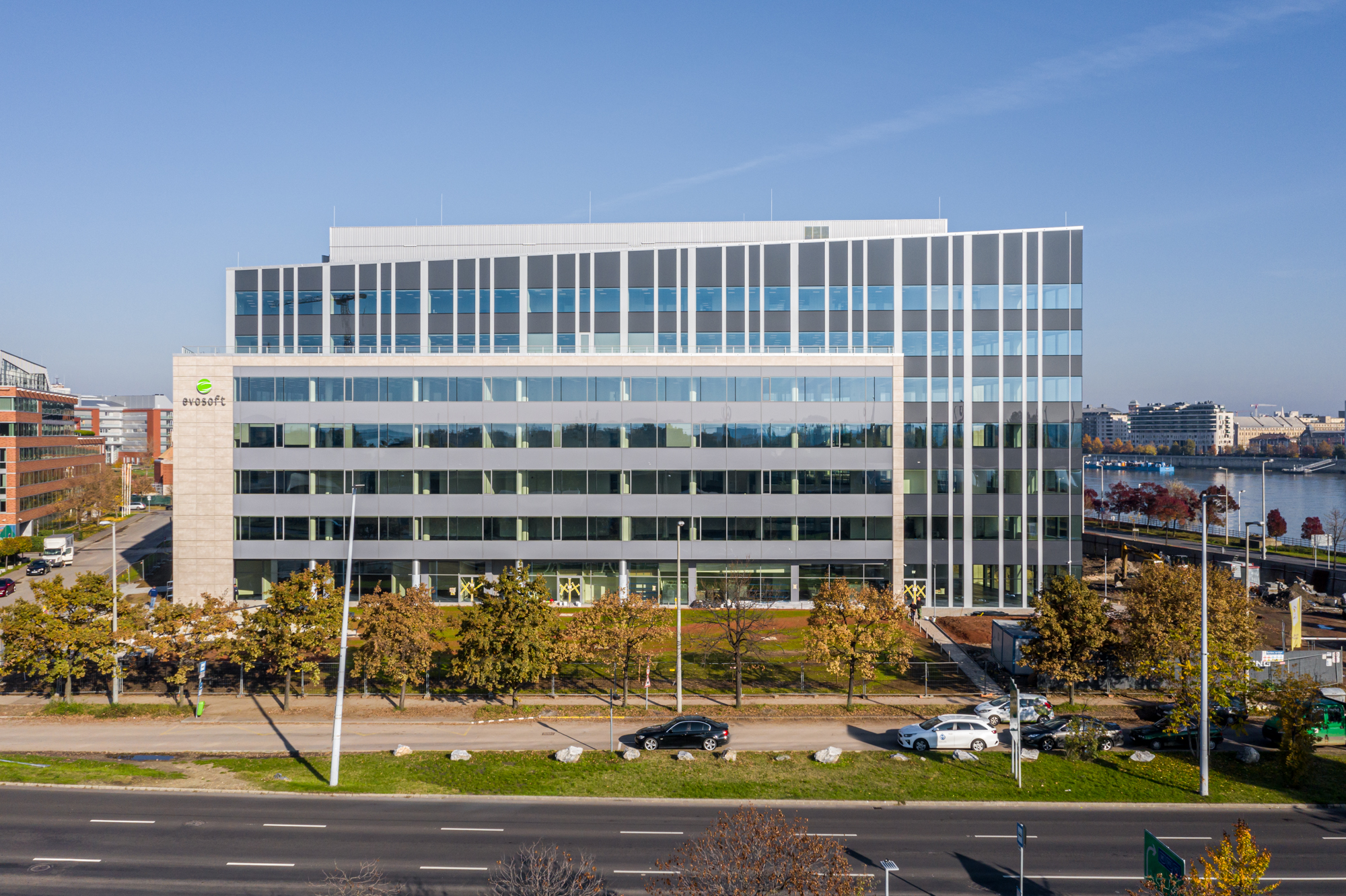 The Budapest software development centre on the banks of the River Danube has been officially opened. 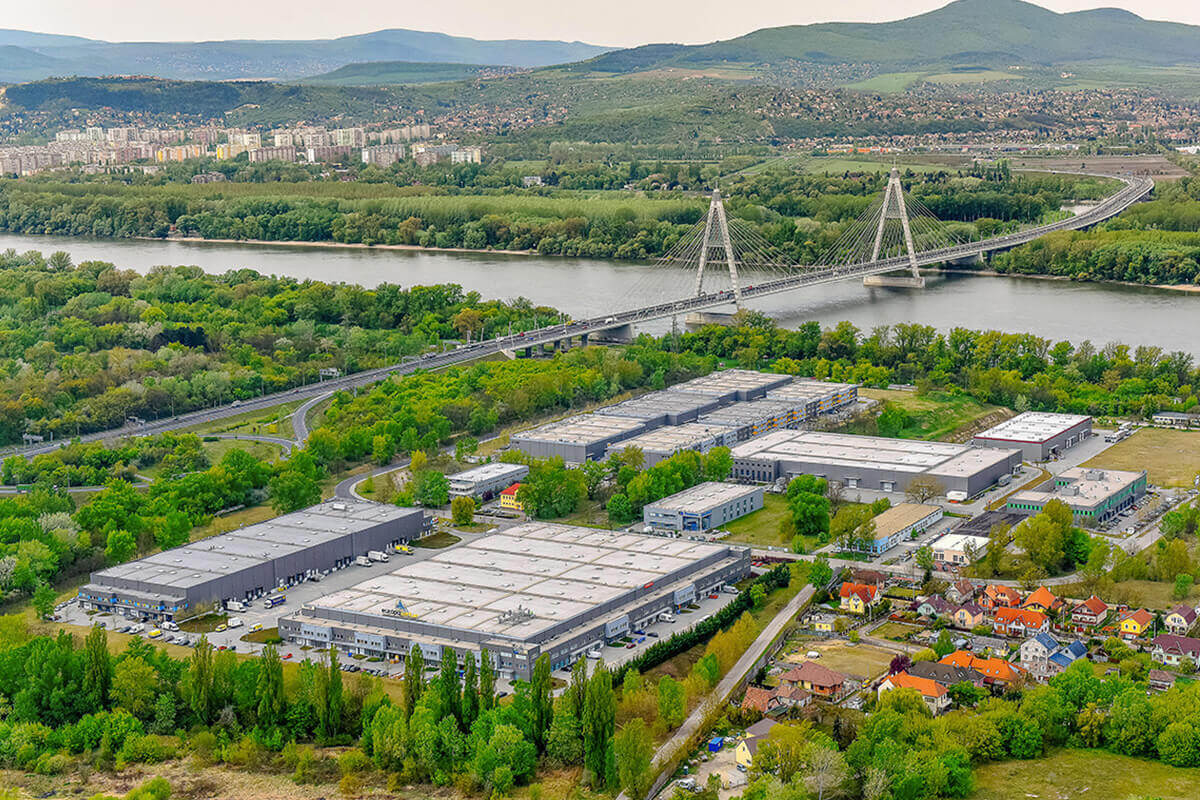 The Login Business Park is set to expand with a new hall offering more than 5000 sq m in floor space. The park is owned by WING, which has been a defining player of the Hungarian industrial segment for over twenty years. The project responds to distinct market needs reflecting increasing demand and increasing interest in the park. The market was quick to signal the necessity of the construction project, with lease agreements signed for the entire floor space of the hall immediately. The development is scheduled to be completed in late summer 2021. 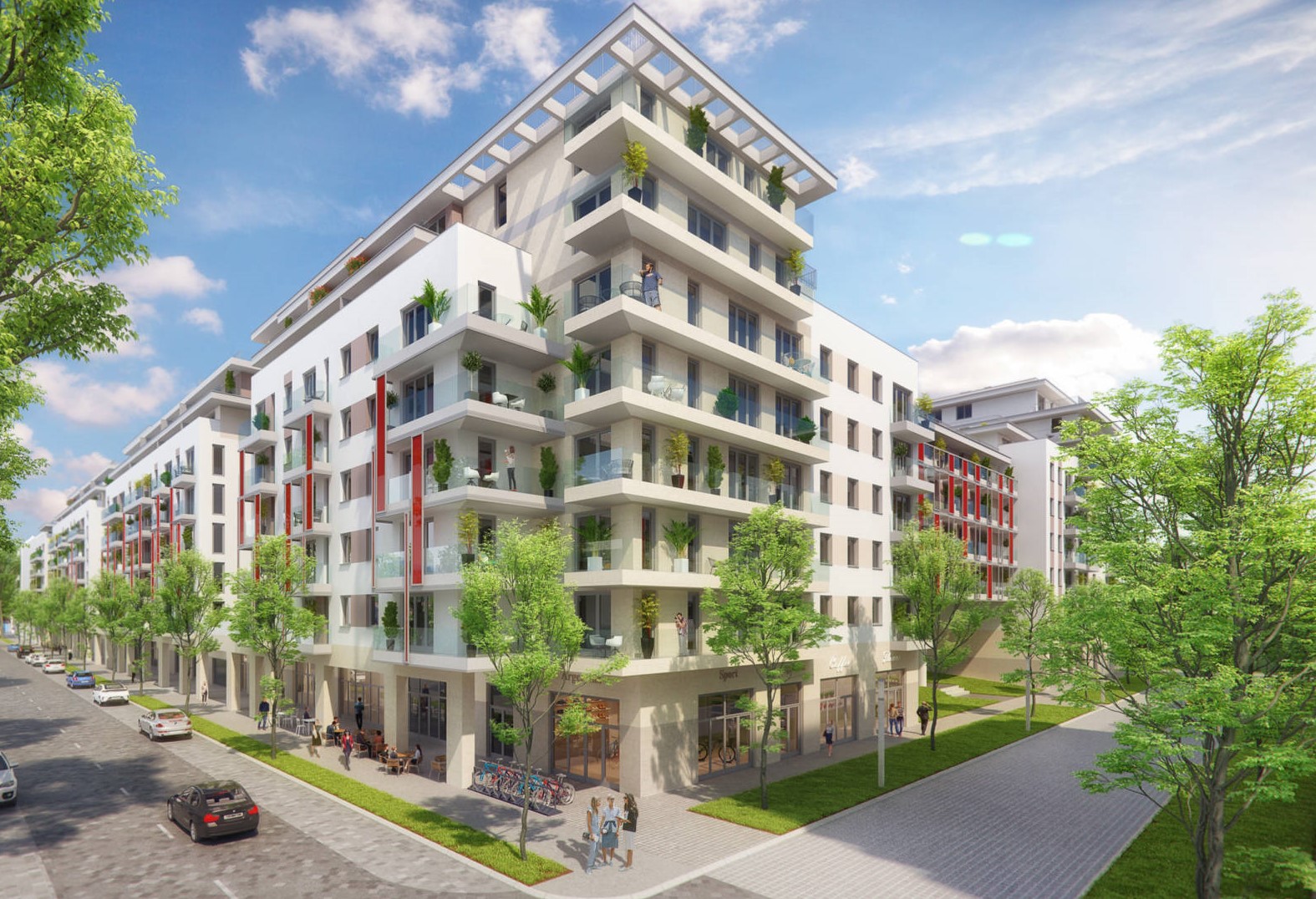 Construction works have started on the second phase of the highly successful Park West project of WING's residential development division, LIVING, as announced in September 2020. Being the very first residential property developer in the country to provide community and smart services as well, LIVING would like to target those people with this investment who like city bustle and active lifestyle, and who esteem a good location, a wide range of services provided by the residential park, and high quality ensured by the developer. Park West 2 project is expected to be handed over at the end of the first half of 2023.

Developed by WING, EuroCenter mall is to be renewed

Polish property developer Echo Investment, majority owned by WING, has concluded a significant acquisition agreement. Upon its purchase of a 66% stake in Wrocław-based Archicom, the group will become Poland’s largest residential property developer. As soon as the merger is complete later this year, the Echo-Archicom Group will start construction of 7,000 apartments for sale and lease. With this transaction, WING has taken another step to become a key operator in the regional property market. 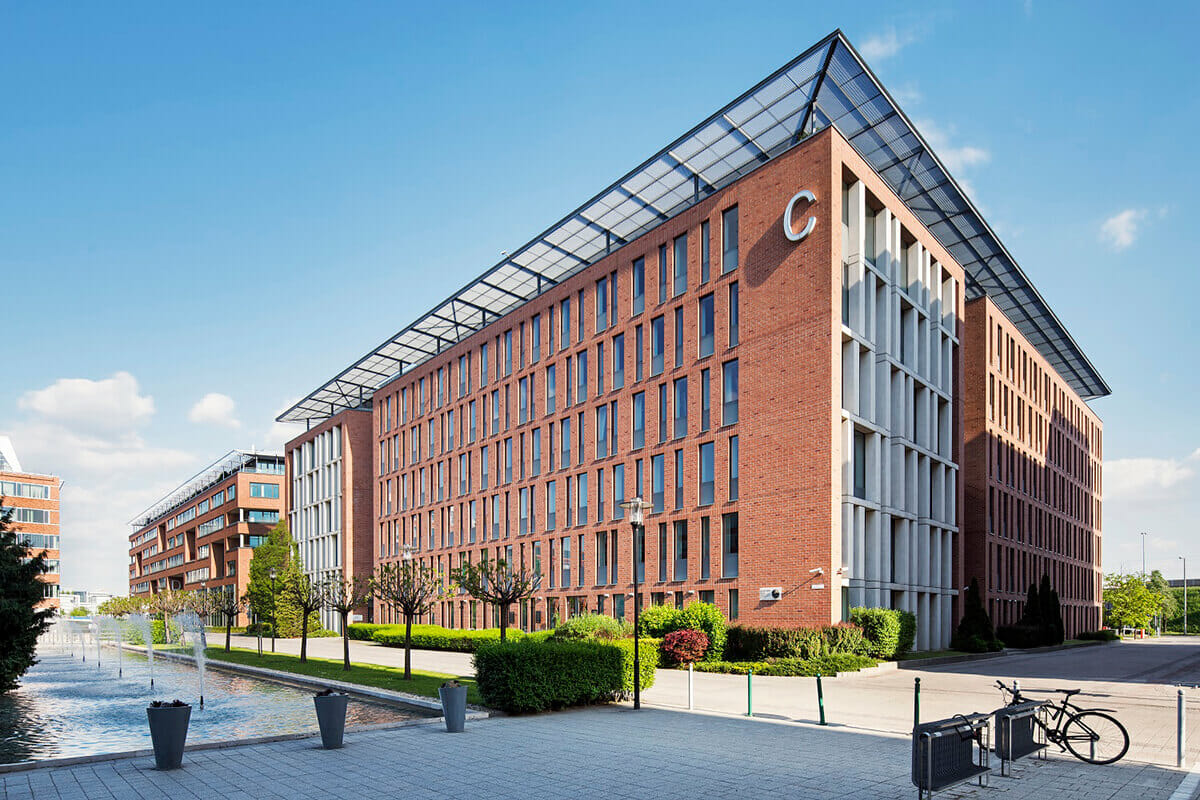 WING, one of Hungary’s largest real estate developers, has signed long-term office lease agreements with new tenants in three buildings at Infopark. As a result of the agreements, covering more than 2400 square metres of total floor space, WING’s buildings at Infopark now boast occupancy rates exceeding 90%. The long-term lease agreements signed with the new tenants show that even under the current market conditions, demand for space and offices at Infopark remains constant.

WING completed development of the revitalised Gizella Loft office building, in the heart of Zugló, in fall 2020. Occupying an excellent location in close proximity to the City Park, the building offers 8500 sq m of office space. Its redevelopment has transformed it into a Category A, people-oriented and cost-efficient space ready to welcome future tenants. The Gizella Loft office building is available for occupants immediately, offers additional space for future expansion and meets any special technological demands companies may have. The main tenant which had already occupied the building, TÜV Rheinland Intercert Kft., committed itself to the Gizella Loft in 2019, and in September 2020 took occupancy of the space designed according to its needs. 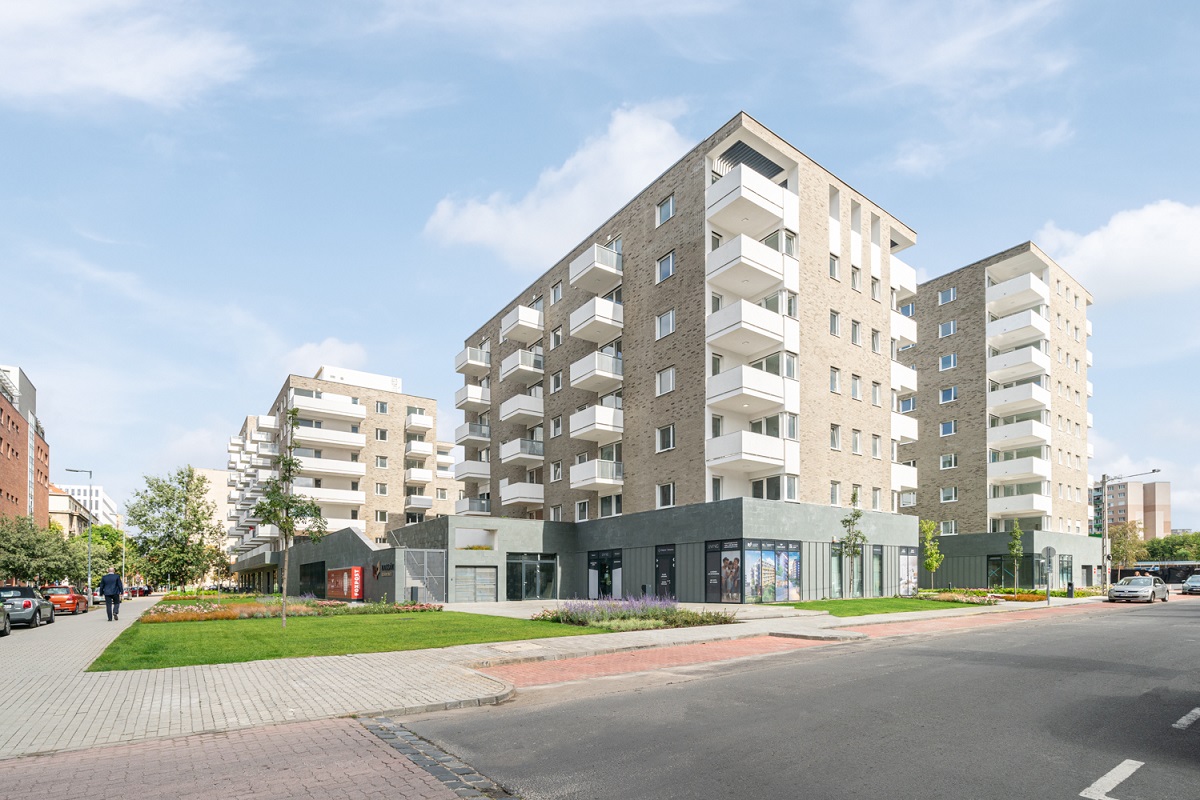 LIVING, as Hungary’s first residential property developer to offer community solutions, has expanded its service portfolio with a unique community application. The company’s Spaceflow mobile app will be available to users of LIVING’s flagship project, Kassák Residence, who will be the first to be able to use it in Hungary. The application is intended to make residents’ everyday lives easier, and will provide several discounts and other benefits.

WING completes development of iconic, world-class evosoft Hungary HQ, on the Buda bank of the Danube

Developed by WING, the brand-new, innovative headquarters building of evosoft Hungary Kft., a Siemens subsidiary, was completed on time and tailored fully to the tenant’s needs. Located at the Buda end of the Rákóczi Bridge, the 22,000 sq m complex was completed as part of the second phase of the Hungarian Nobel Prize Winners R&amp;D Park, becoming a defining element of the capital and the Danube bank. The building, home to a six-storey research and development facility, is equipped with the most cutting-edge technology, and meets Gold-level environmental friendliness and energy efficiency LEED certification criteria. Evosoft is expected to begin moving into the building in December 2020.

WING has been reco g nised as the best real estate developer in the mixed-sector in Hungary in the prestigious Euromoney Real Estate Survey. WING has established itself as the leading developer in Hungary, delivering total more than 1 million sqm of high quality space to clients in all segments of the real estate market. WING is on track to deliver 300,000 sqm of new space in Hungary and has successfully expanded in the CEE region by acquiring a majority stake in Poland’s Echo Investment. 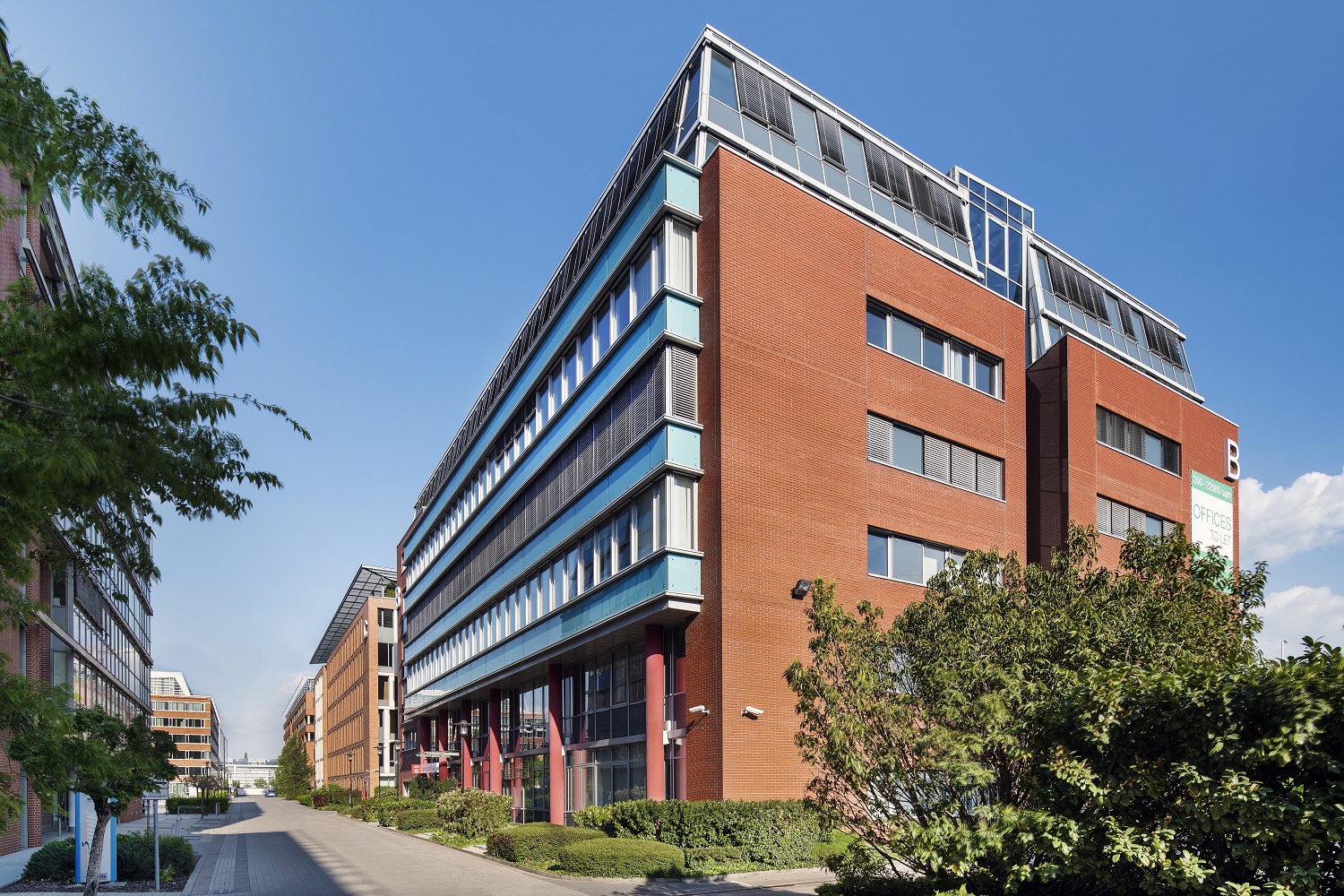 Ericsson Expanding at Infopark in a WING owned building

Ericsson moved into the WING-owned Infopark Building B at the beginning of summer. The telecommunications company’s Regional and Global Support Organizations now occupies more than 2,600 sq m of office space in the building under a long-term lease contract. The move places the division in closer proximity to Ericsson’s modern headquarters on the Danube, developed and owned by WING and delivered in 2018. The high-quality offices were completed on schedule and tailored to meet the tenant’s needs.

In order to expand its investment portfolio and realise its growth plans, WING Zrt. will raise HUF 54.7 billion in funds through the Bonds for Growth Scheme of the Central Bank of Hungary. The term of the bonds subscribed by the Central Bank and other institutional investors is 10 years, with a yield of 3.56 percent. The success of the bond issuance reflects the market’s categorically positive assessment of WING’s professionalism, stability, reliability and market strength.

Following another successful round of stock purchases, WING - through Lisala - has acquired an additional 10 percent stake in ECHO Investment, Poland’s largest property development company. The transaction increases Lisala’s ownership share in the company from 56 percent to almost 66 percent, and further boosts Hungarian-owned WING’S presence in the region.

WING is now a major player on the Polish market 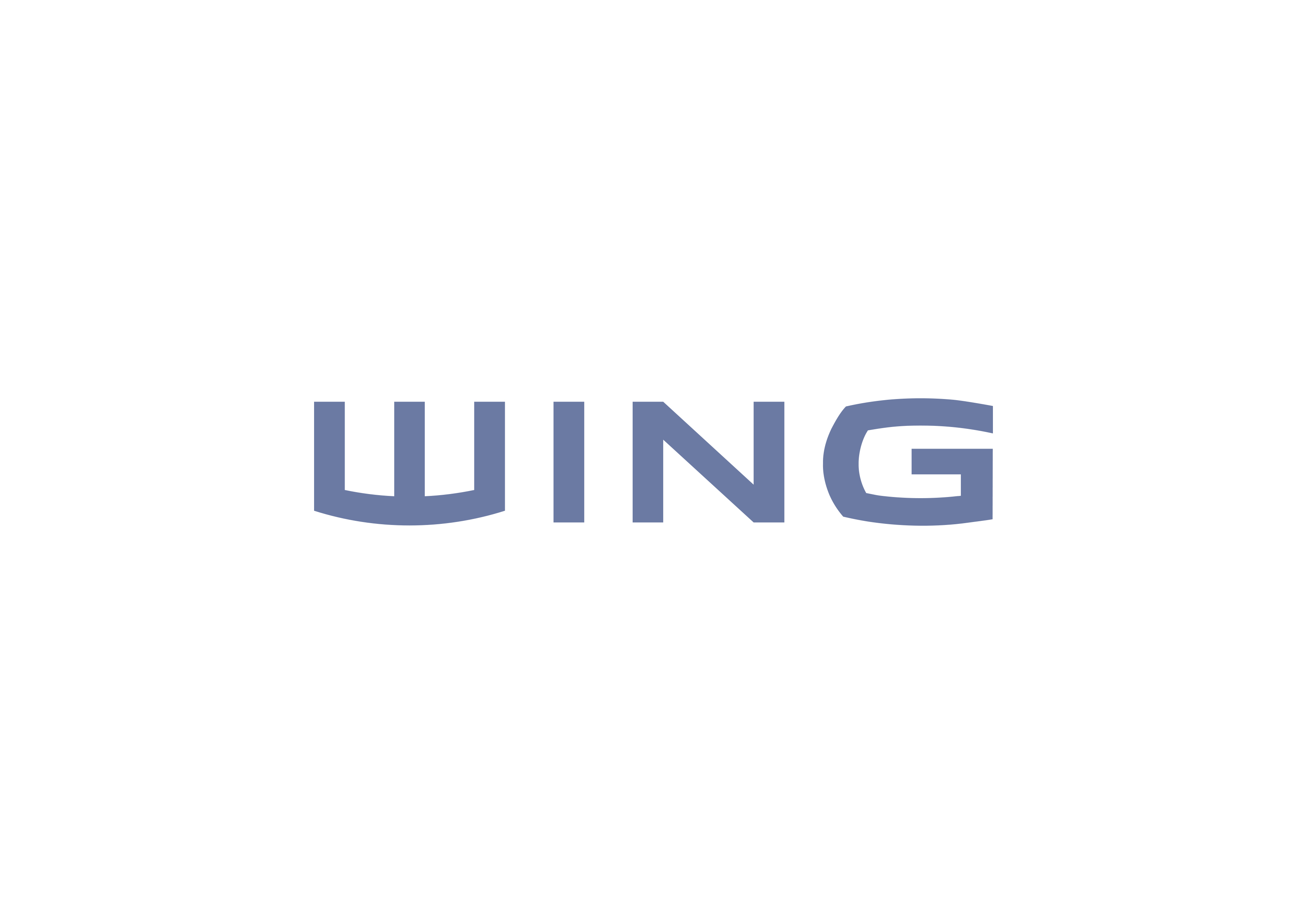 The Hungarian firm is slated to become a majority stakeholder of Poland’s leading property development company, and thus a significant player in the region. 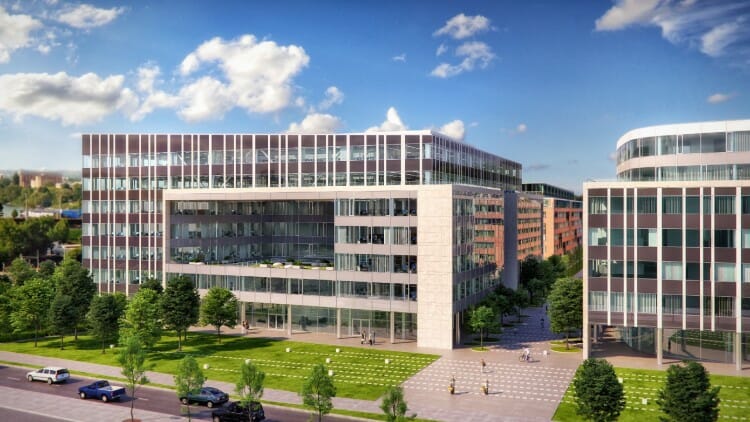 The foundation stone of the future headquarters of evosoft Hungary Kft., one of the largest software houses in Hungary belonging to the Siemens Group, has been laid with all due ceremony, with the participation of Ádám Szigeti, Deputy Secretary of State for Innovation, Roland Busch, Chief Technology Officer and Chief Operating Officer of Siemens AG, and Noah Steinberg, Chairman and CEO of WING Zrt., the developer of the building. The ceremony held on 25 March was also attended by István Petényi, Managing Director of evosoft Hungary Kft. and Dale A. Martin, CEO of Siemens Zrt. The modern building in Buda is expected to open its gates in early 2021. 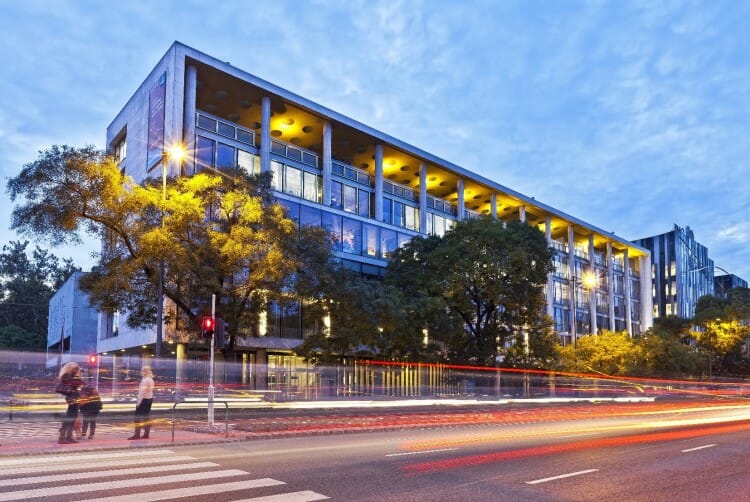 Hungary’s property market leader, WING, has purchased the Liget Center Office Building located next the City Park (Városliget) in Budapest. The property consists of a 7,000 sqm office building and a nearly 3,800 sqm auditorium. WING intends to upgrade the building’s services, implementing value-added features and finding a new function for its auditorium, which is currently vacant.

WING, Hungary’s leading property company, has become the full owner of the country’s number one property management company STRABAG Property and Facility Services Zrt. by indirectly acquiring an additional 51% share in the company. Following the change, the company will continue to operate under the name NEO Property Services Zrt. as of 29 April 2019. The acquisition was approved by the National Competition Authority. WING is committed to further strengthening NEO Property Services Zrt. as a leader in property-related services segment. 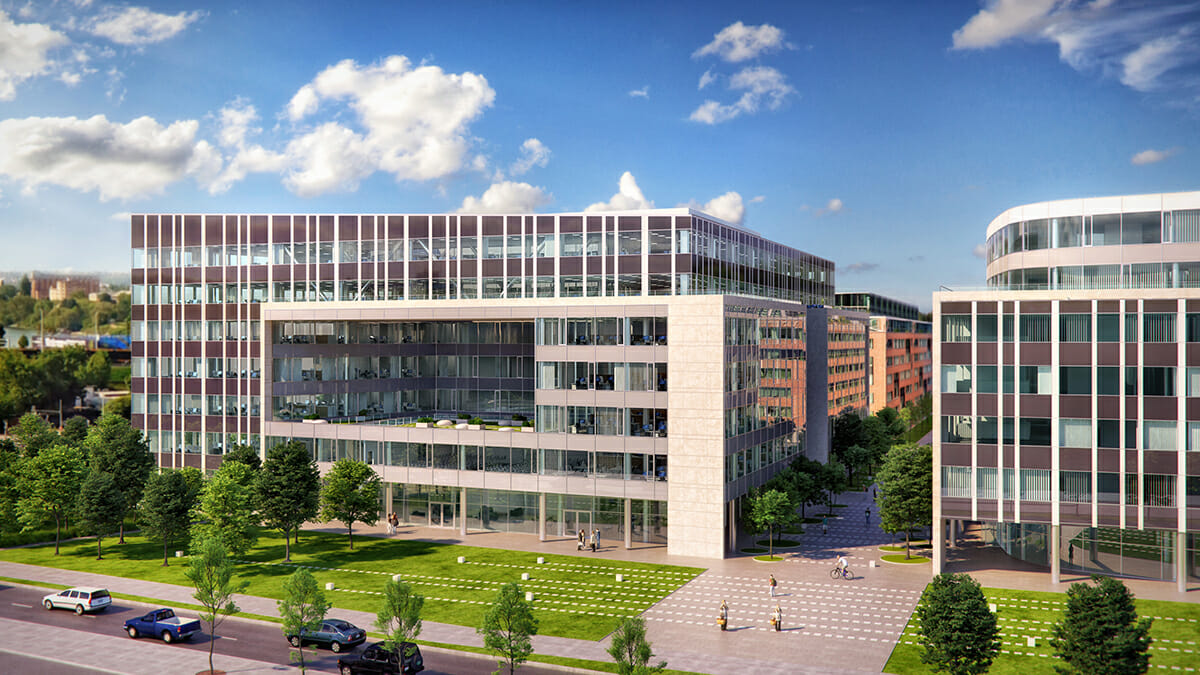 The foundation stone of the future headquarters of evosoft Hungary Kft., one of the largest software houses in Hungary belonging to the Siemens Group, has been laid with all due ceremony, with the participation of Ádám Szigeti, Deputy Secretary of State for Innovation, Roland Busch, Chief Technology Officer and Chief Operating Officer of Siemens AG, and Noah Steinberg, Chairman and CEO of WING Zrt., the developer of the building. The ceremony held on 25 March was also attended by István Petényi, Managing Director of evosoft Hungary Kft. and Dale A. Martin, CEO of Siemens Zrt. The modern building in Buda is expected to open its gates in early 2021.

Wing acquiresInfopark’s b, c and i office buildings

WING, Hungary’s leading, privately owned real estate developer and investor, has further increased its footprint on the South Buda office market with the acquisition of Infopark’s B, C and I office buildings, along with adjacent parking garages B and D, the seller was Infopark Bt. 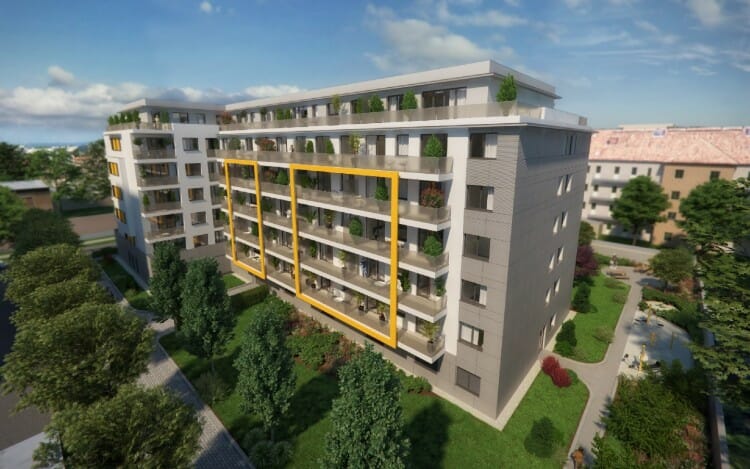 Metropolitan Garden: new apartment complex to be built in Budapest by Wing

As a follow-up to its highly successful Kassák Residence project, WING is developing a new residential project offering smart solutions at a desirable location in District 13, Budapest under LIVING, its umbrella brand specialising in residential properties. Responding to 21st century needs, the development will feature services such as a playroom, a community library, a living room and onsite delivery point. Currently under construction, the apartment building will be only a block away from Béke Square, making it easily accessible by both car and public transport. The project will include 105 apartments built in one phase. 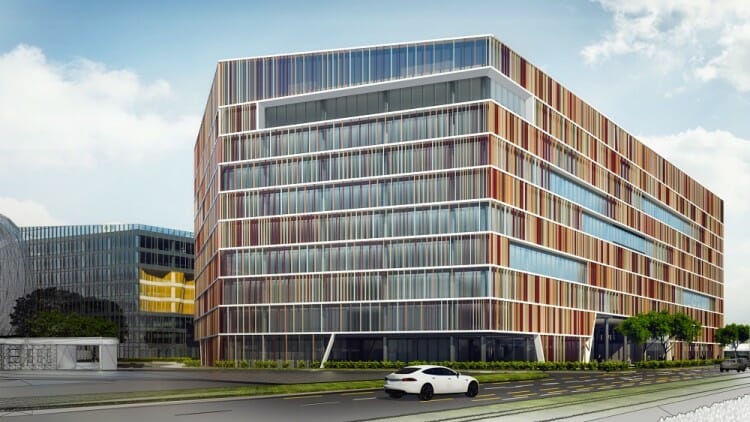 WING Zrt has begun preparations for the construction of another major office building in one of Budapest’s most dynamically developing districts, right next door to the recently inaugurated Telekom headquarters. With a total floor space of 40 thousand square meters, the Liberty Office Building will offer premium office and retail spaces to prospective clients. A distinctive feature and main appeal of the people-oriented building, constructed to BREEAM ‘Very Good’ certification requirements, is a plant-filled, two-storey high rooftop greenhouse spanning the wing along the körút boulevard , and a skybar with a panoramic view to the Buda mountains. 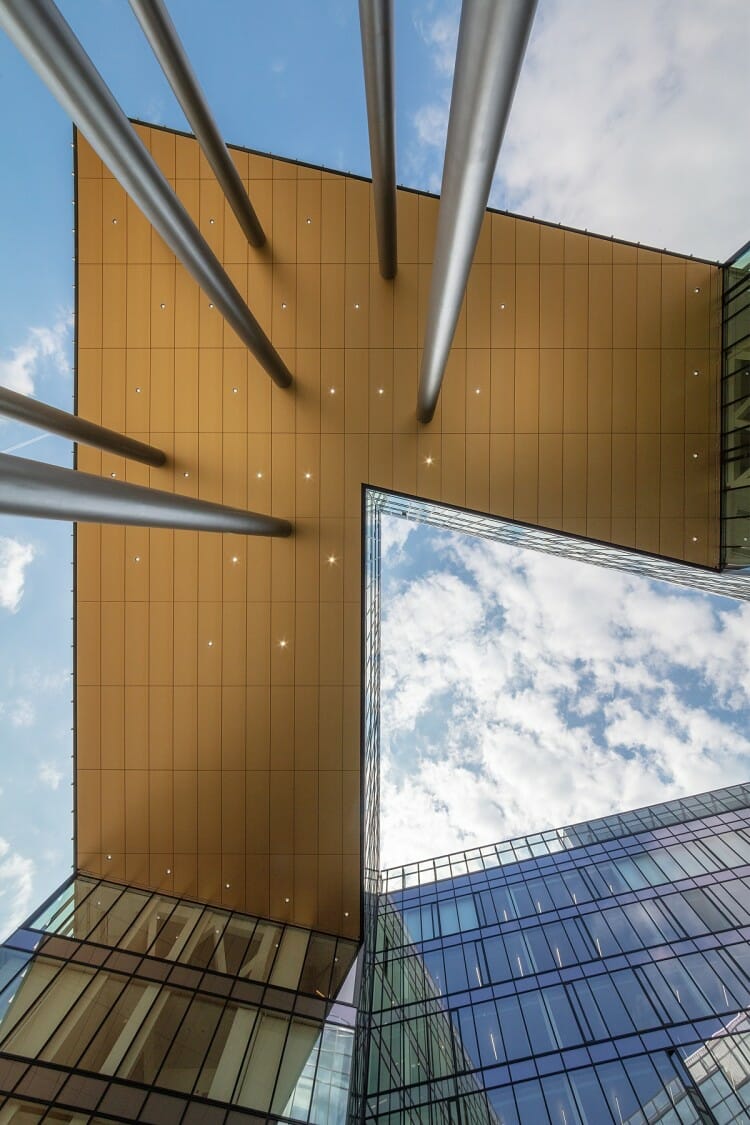 Developer WING tailored Hungary’s largest cutting-edge corporate headquarters building to Magyar Telekom’s needs. Hungary’s largest office space in a single building has been completed for Telekom and T-Systems. The headquarters building, developed and leased out by WING as a nearly 100,000 square metre property, provides nine floors of space for more than 4,000 workers. The new landmark office building is being leased long-term by Telekom Group from a WING subsidiary. A daily average of nearly 1,000 builders and 150 suppliers or subcontractors worked to complete the vast project over the course of 28 months. Telekom and T-Systems has started the furnishing works and the installation of IT equipment, and moving in is due to commence shortly. 25 September 2018

Hungary’s leading real estate company, WING, through one of its investment funds, has acquired Infopark D Office Building, an outstanding, award winning office building in the South-Buda area. The transaction was financed by HypoNoe Bank AG.